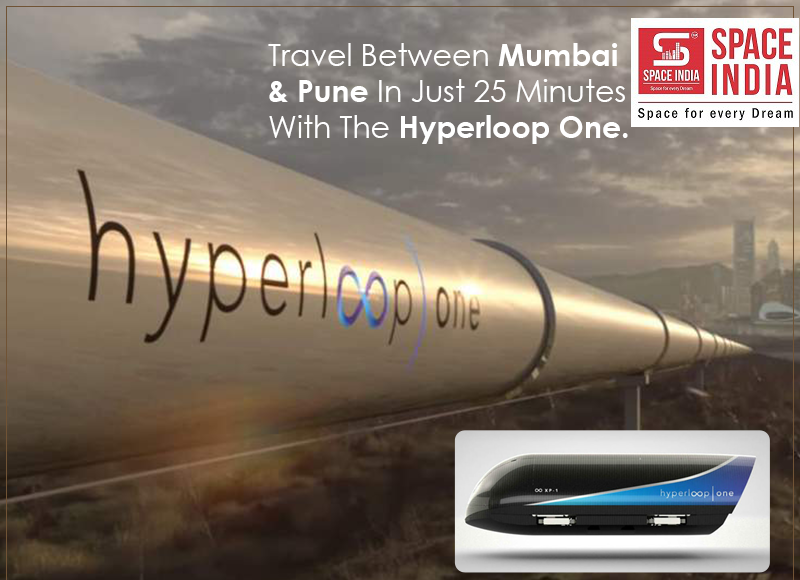 How can high-speed, energy-efficient travel improve the quality of living in Indian cities? Here’s exploring what the recent announcement on Hyperloop transport means for infrastructural development in the country.

Imagine hopping on to a car-shaped pod in Mumbai and being whisked away inside a 140-km long vacuum tube, reaching Pune in less than 25 minutes. For the average citizen battling traffic snarls in metros across the country, this may seem like an unlikely utopia. But such a system may soon become a reality in India, as announced at Mumbai’s recently concluded investment summit ‘Magnetic Maharashtra’. In addition, a US-based company has also proposed to evaluate construction of five Hyperloop lines in India — Bengaluru to Chennai; Mumbai to Chennai via Bengaluru; Bengaluru to Thiruvananthapuram; Mumbai to Delhi and Mumbai to Kolkata. Feasibility studies are also proposed in Andhra Pradesh, connecting the new state capital Amravati to Vijayawada and Vishakhapatnam.

A unique concept that can transport people and cargo in pod-like vehicles propelled through vacuum tubes with magnetic levitation, Hyperloop is exciting from the perspective of energyefficiency and emission-free high-speed travel. Ashok Mohanani, vice-president, NAREDCO, believes, “There is certainly a need for improving infrastructure and connectivity across the country. There is already a lot in progress, with feasibility checks going on for bullet trains, trade corridors and expressways. Hyperloop is definitely a futuristic idea and can be revolutionary if implemented correctly.”

WHAT’S THE HYPE ABOUT HYPERLOOP?

With Hyperloop test tracks and trail runs being undertaken all over the world from the US to South Korea and UAE to Slovakia, many experts believe that India could be among the early adopters of this technology. “To keep up with the country’s rapid growth momentum, we need transport systems that are faster, safer and much more cost and energy efficient. Hyperloop is a transport system through vacuum tubes with magnetic levitation that overcomes two of the most fundamental challenges of modern-day transportation contact friction and air resistance. By circumventing both friction and resistance, Hyperloop uses far less energy to achieve speeds upto 1000 kmph. In fact, we are working towards an energy-positive Hyperloop system that can be powered entirely by solar,” says Prithvi Sankar, business development head, Hyperloop India, a Bengaluru based team of engineers and designers aiming to make Hyperloop a reality in India.

Unlike conventional transport systems such as cars, aircrafts and trains which use fossil fuels, Hyperloop is conceptually an energy-neutral system that propels itself by eliminating friction and air resistance. However, since it is still in its conceptual phase, it is difficult to be completely sure about its energy-efficiency claims. Sankar clarifies, “According to the Memorandum of Understanding (MoU) with the Maharashtra Government, we hope to complete a 10-km long test track on the Mumbai-Pune route within two years, to assess the feasibility of this technology in India. However, we estimate that Hyperloop will be 40 per cent cheaper to build and operate compared to a bullet train along the same route.”

As the technology is still in the testing phase, the debate hasn’t arrived at cost as yet. However, the initial capital investment is likely to be very high, with potential offsets of energy and operational costs in the long-term.

“Environmentally-sound mass transportation systems are what the country needs today. Hyperloop is one such technology that promises to meet these needs but it’s too early to comment on its feasibility in India,” opines Prof Patil.

With more innovations and optimisations in the pipeline, the coming years will prove to be decisive not only for Hyperloop across the world, but also the transport revolution in India.

ARE YOU FINANCIALLY-SOUND TO BUY A HOME IN 2018?

What makes Neral a perfect choice for investors?